The longest beach in Asia stretches south from Cox’s Bazar to Teknaf, forming the eastern shore of the Bay of Bengal. I cross “Marine Drive” and walk through a gap in a brick wall to get to the beach. It looks grim. Dogs howling. Grey, angry clouds swollen with rain. Broken sun loungers stacked in piles, covered with ragged tarpaulins.

It rains a lot in this part of the world. Streams running to the sea wind their way through the muddy sand. There are nets attached to sticks, spanning the rivers. As these are tidal, I am not sure whether they catch saltwater fish swimming upstream or freshwater fish swimming downstream.

There are fishing boats, beached on the shore. They resemble shorter, fatter, curlier versions of Viking longboats, crescent shaped but without a mast. They carry lobster pots which have tall, flagged floats. The magical effect is spoiled by a dirty diesel engine, spluttering out clouds of black smoke that drifts over the estuary. 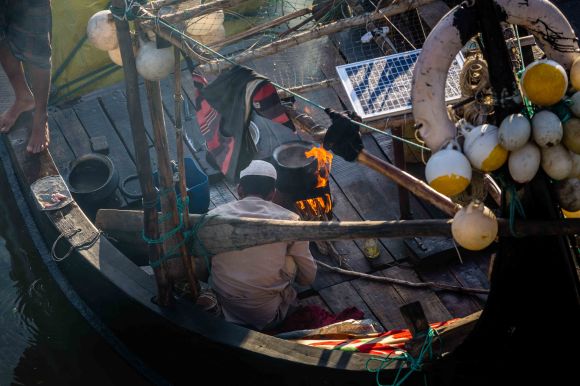 There is a local market on the beach, reached by a ramp of plastic sacks filled with sand. The stalls sell the usual plastic bric-a-brac, toys, bowls and mugs. There are streamers of brightly coloured packets of snacks hung from the roof and souvenirs on sale for Bangladeshi tourists. A cow rummages through the rubbish scattered behind the shops, beside a cart advertising Elite Paint. 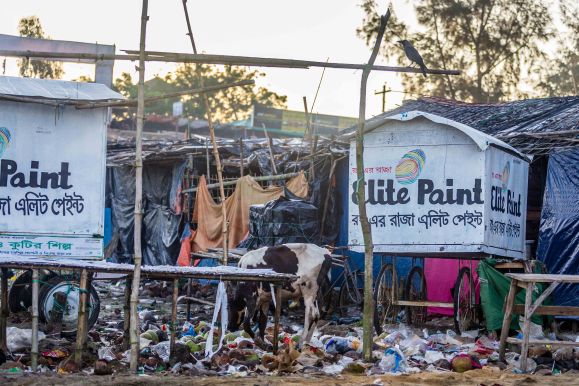 To the south, there is the intriguing Bay Watch Hotel, run by the Bangladeshi Army. The wood of the sunloungers is rotting under the skeletal limbs of ruined parasols.

A few weeks later, the rainy season is over. The dawn sky casts a pink/orange light on the scene. A man is collecting plastic from the beach, to sell and recycle rather than to clean up. Two others are fishing in the sea using nets. Their catch is pathetic, half a dozen sprats. Both have cigarettes in their mouths as they use both hands to unravel the nets. Smoke drifts up into their eyes. 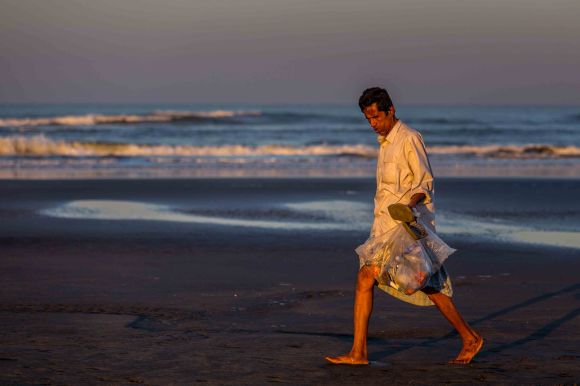 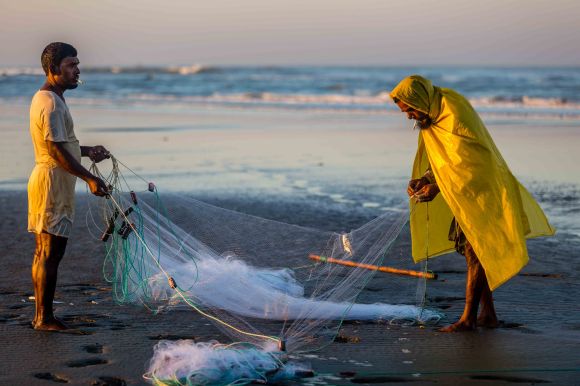 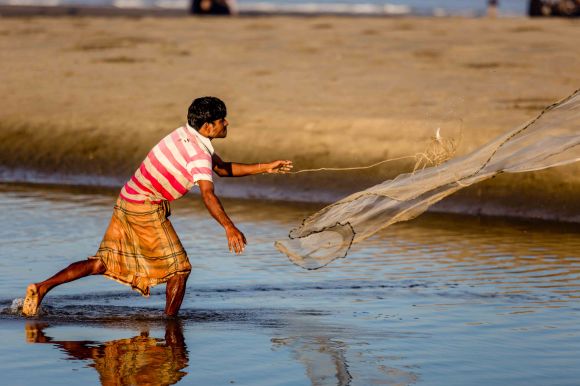 There are more fishermen using nets in the estuary. Two sailors beckon me down to their boats to have breakfast. The flames lick dangerously around the blackened pot on the deck stove.

Maverick doctor with 40 years experience, I reduced my NHS commitment in 2013. I am now enjoying being free lance, working where I am needed overseas. Now I am working in the UK helping with the current coronavirus pandemic.